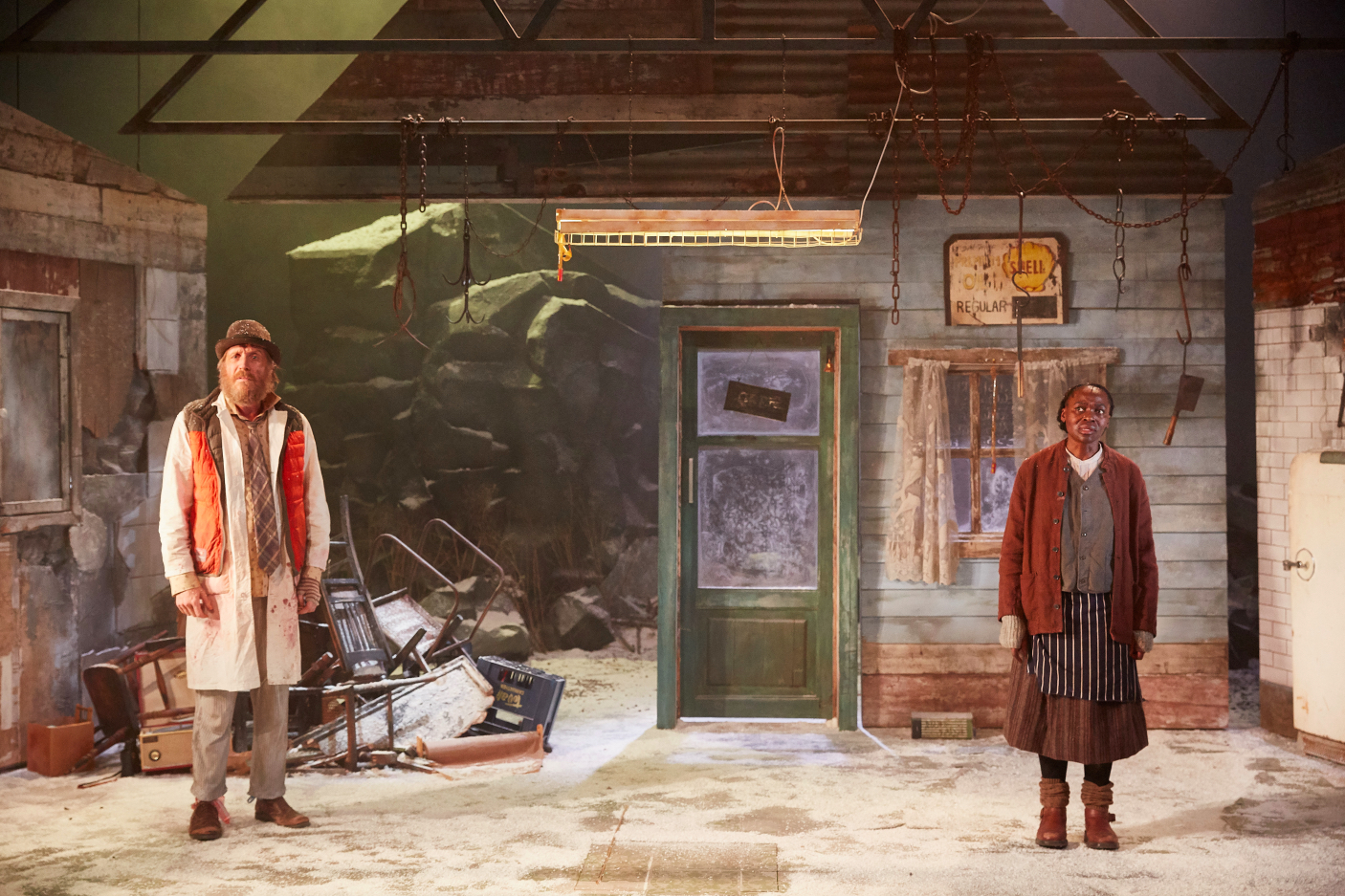 It can appear lazy for a writer to pin the madness of any female character, in film or on stage, on the character’s inability to conceive, so it’s testament to the skill of playwright Vivienne Franzmann (Clean Break, Royal Court), that this age-old trope of the barren woman is successfully given a gripping twist in bodies.

The play opens with Clem (Justine Mitchelle) chatting about kale chips with her articulate pre-teen daughter (played by a precocious Hannah Rae) in Gabriella Slade’s simple Scandinavian style living room set (IKEA, methinks), with sliding glass doors that act as both scene dividers and a physical representation of the compartmentalisation of Clem’s mind.

But as banter between mother and daughter transcends into metaphor, we soon discover the daughter is in fact a projection of Clem’s hopes and fears for her unborn child, who is growing in the womb of a woman in India, and made possible by the eggs of a woman from Russia, both thousands of miles away.

Clem’s husband Josh was played on the night by Jonathan McGuinness, who had heroically stepped in to replace Brian Ferguson only the day before. Despite performing with script in hand, he conveyed an endearing chemistry with Mitchell that brought a much-needed lightness to the action.

While their relationship is rock solid, Clem’s relationship with her dad, David, who has motor neurone disease, is falling apart. She can barely understand his effortful speech and he seems to prefer the company of his new carer Oni (played with great comic timing by Lorna Brown) to that of his own daughter.

The scenes between the father and Clem are intricately woven and Jude Christian‘s direction builds tension with subtle layers, until you suddenly realise you’ve been chewing your nails off all along. These moments speak to the sometimes complicated need for love between parent and child, and the chasms that can come when neither understands the other’s choices.

As the layers of lies Clem has told herself to morally justify this transaction are peeled back, we see increasingly more of the surrogate, Lakshmi (played with fragility and fierceness in turns by Salma Hoque) a young woman whose story is not as rosy as the surrogate agency might have led Clem and Josh to believe.

An engrossing allegory for the modern age, where we consume things at the click of a button, this new work forces a consideration of what happens when we want something so badly that we try to pretend there are no consequences.

This first appeared on whatsonstage.co.uk