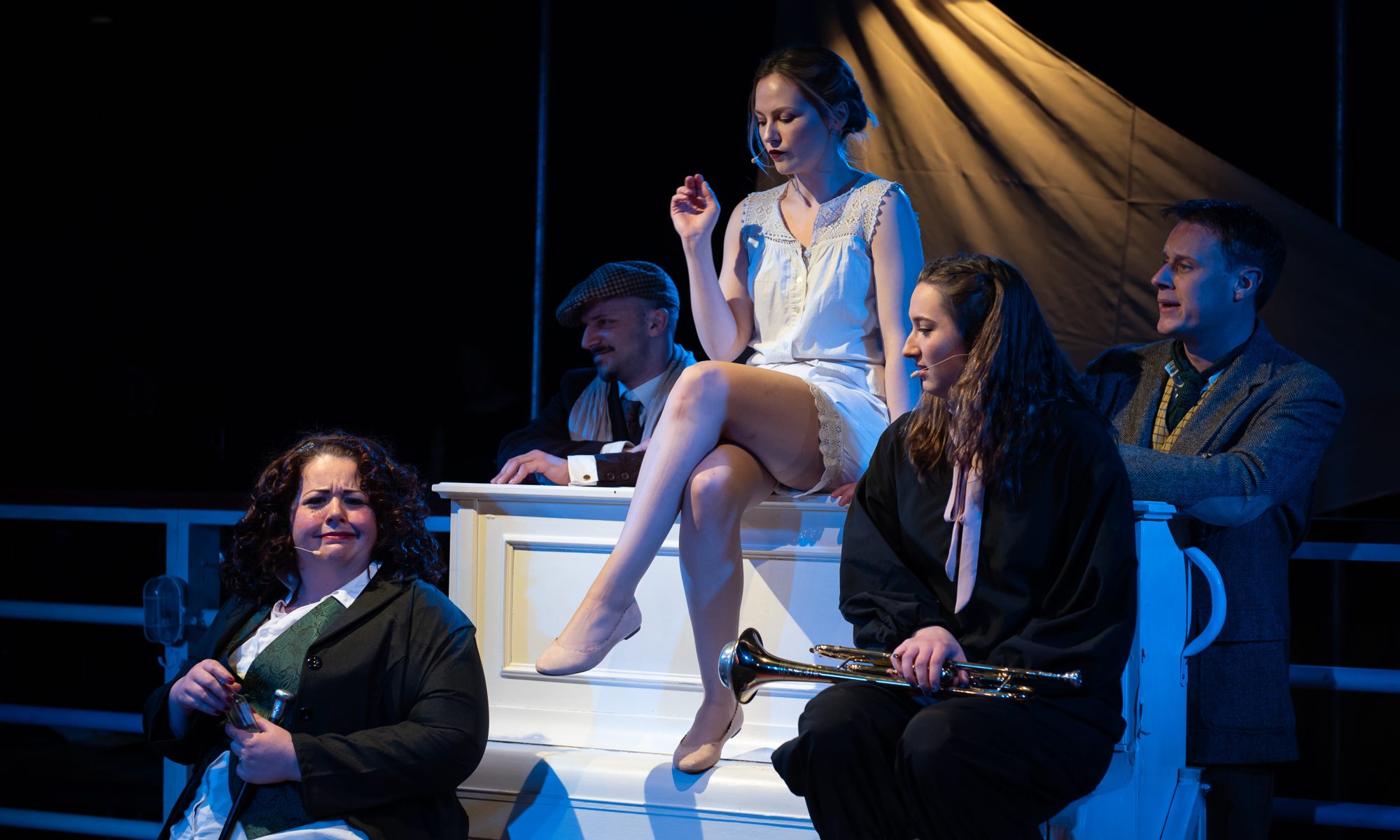 Moving the action of Shakespeare’s most popular comedy from an island to a 1920s cruise liner, where those on board perform modern jazz renditions of modern pop songs like Lady Gaga’s “Bad Romance” might seem like an unworkable staging, but everything about the setting completely works to the point where you start to think the Bard would have always intended the play to look this way.

The Rose Playhouse, a stone’s throw from the Globe, was rediscovered 30 years ago and excavated in 2014. Local rumour has it that this is where the origins of Shakespeare’s most famous stage direction, ‘exeunt, pursued by a bear’ came from, because the venue was used for bear-baiting.

Renovations are still underway, restricting the stage to a small room with a metal fence overlooking the cavernous, inaccessible works below. When I first visited in 2015, I thought the flat wooden stage with high rails looked rather like the edge of a boat – obviously, I’m not the only one to have considered it.

The SS Illeria sets sail and we are all on board, being treated to 1920s cabaret from the hedonistic crew, who fuse bawdy modern pop with a sultry elegance that the original hits never possessed, like Katy Perry’s ‘Last Friday Night’ retold as a drunken, woozy number and ‘Oops I Did It Again’ as a sultry ballad of regret. Plus, it revealed hitherto unrecognised lyrical finesse in Sisqo’s underrated hit ‘Thong Song’.

It’s funny – and works alongside the casts’ physical comedy to highlight messages in Shakespeare’s script that improve the audience’s understanding – this would be perfect for a school outing because even if you don’t understand every nuance of Shakespearean language, the actors make the plot points as clear and transparent as possible. When Olivia, the famous actress says she won’t marry and have children but will leave the world “divers schedules of my beauty. It shall be inventoried, and every particle and utensil labelled to my will”, she points to magazines with her face on the cover to hammer home the message.

There are some other choice directorial decisions here that work with, not against, Shakespeare’s intentions and help modernise the work. For example Malvolio becomes Malvolia, lady-in-waiting (played with prim staunchness, and later, heart-rending pathos by Faith Turner), a matronly sourpuss who sneers at Viola and her fellow Vaudeville performers and whose pride is her downfall. Similarly, Sir Toby Belch becomes Lady Toby (Anna Franklin), a lewd lover of booze and song – and Feste, the fool, is a delightfully boisterous Hannah Francis, who plays piano and trumpet and sings a bit like Shirley Bassey.

Malvolia is a particularly interesting gender switch because it makes her adoration of Olivia a lesbian infatuation, and ‘Captain’ Orsino’s interest in Viola when she pretends to be a man is ramped up so he is attracted to her both equally when she is a ‘man’ and when she is revealed as a woman suggesting his sexuality is not gender-specific.

The best thing about it though is the pure joy of the performances; it’s impossible not to be swept up in the bawdy jokes and the cross-dressing mishaps. Send all your A-level students! it’s a wonderfully raucous way to learn about the Bard.